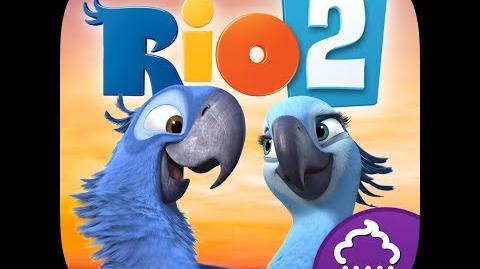 RIO 2 is a mobile application launched by Cupcake Digital, inc. based on its featured Rio 2. It's the official app for the movie developed under the partnership with 20th Century Fox and Blue Sky Studios. This application will guide you through the journey of Blu and his friends and family with colorful images and original fun-filled games based on the movie.

The application supports both Android devices and iOS. The feature inside includes the following.

Paint coloring pages into fantastic masterpieces using a variety of tools and stickers!

Play all the 5 soccer levels trying to score goals with Blu!

Tap away at those pesky monkeys, but avoid Luiz (the nice doggie!).

Read and Play on an iPad.