Angry Birds Rio is an extension of the original Angry Birds video game from Rovio Entertainment, based on Rio. For more info, click here.

In 2014, new levels were released based on Rio 2. The game has been discontinued as of February 2020 due to license issues. The game is now considered as abandonware.

What happens when everybody's favorite fierce fowl get caged and shipped to Rio de Janeiro? They get VERY ANGRY!

In Angry Birds Rio, the original Angry Birds are kidnapped and taken to the magical city of Rio de Janeiro, where they eventually escape their captors and set out to save their friends Blu and Jewel – two rare Spix Macaws and the stars of the Fox motion picture Rio. Angry Birds Rio will pair the physics-based gameplay of the original game with unique twists based on the film.

The Pigs are not involved in the game. Instead, the targets are the marmosets, caged birds, Nigel, and Mauro. However, the ending scene of Smuggler's Plane shows the pigs for the first and only time.

It is unknown how the slingshot ended up in Rio de Janeiro. However, the gameplay is similar, trying to knock marmosets and caged birds out.

There is also a Rio 2 section, putting the scenes not in the actual order is unknown, but there are still targets being used, such as marmosets and caged birds.

The foreground music for Angry Birds Rio is performed by the Barbatuques, the creator's of Rio 2's "Beautiful Creatures".

The trilogy released on PlayStation 3, PlayStation Vita (digital only), Xbox 360, Wii, Wii U, and Nintendo 3DS.

Angry Birds Trilogy contains bonus levels for each game included in it. 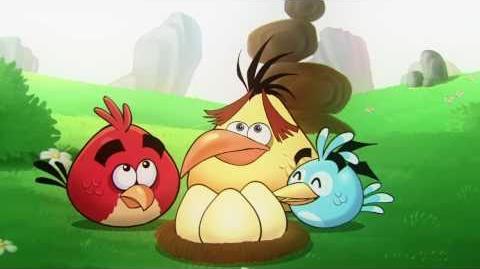 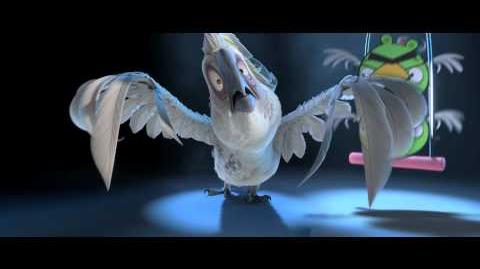 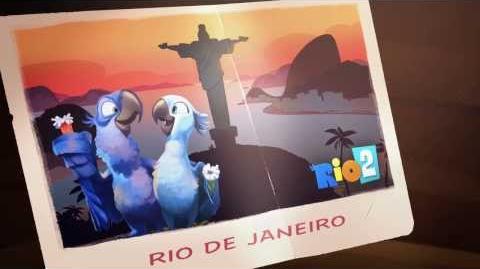 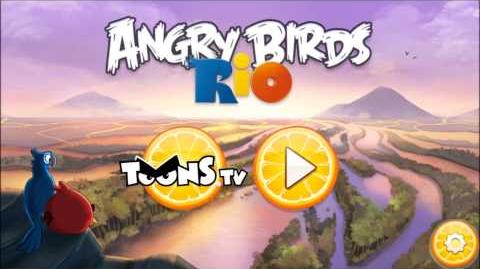